Showing posts from March, 2018
Show all

Catching Up - Both Us And You 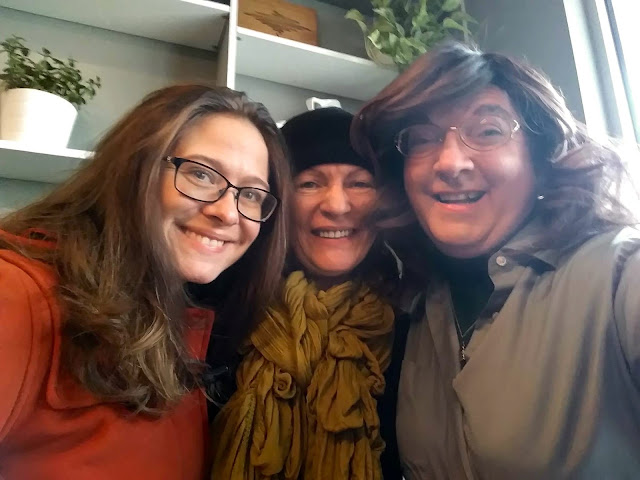 It's been a while since I last wrote here - but that doesn't mean I've been idle.  It  means my #%@!*# computer has been acting up!  But here I am, back at the keyboard and ready to tell all! (well, to tell MOST. After all, I'm not an idiot!) (giggle) The 3 Sister-teers! Having time to spend with my SISTER FRIENDS is always something to write about - and when there's drama involved it makes it more interesting.   (Now don't get all excited - not THAT kind of drama!) We had planned a Galentines Day breakfast at my place, but being as we live in Spokane WA, the morning of the event saw a fresh dropping of 3 - 6 inches of new snow.  We plowed ahead (pun intended) with the plan, but Sister Sarah just plumb couldn't make it due to being snowed in.  So Sister Linda and I raised a glass of mimosas in her memory. Clink a glass of "loaded OJ" We planned another, but Sister Sarah was out of town -- out of the COUNTRY actually.  So Sister Li
Post a Comment
Read more
More posts